To protect your unborn baby

The William Little Foundation (WLF) was established in 1990 by Ian Dawson-Shepherd, who had previously founded the charity Scope. The object of the Foundation was to investigate the causes of neurodevelopmental disorders, of which cerebral palsy is the most severe, and seek wherever possible to prevent them. We do this by supporting world-class basic research, hosting multi-disciplinary workshops and conferences, and providing a forum for the exchange of ideas and best practice across all parts of the UK’s CP sector.

As the father of a daughter with severe CP, Ian Dawson-Shepherd had been in the vanguard of campaigning for people with CP for forty years. He was chairman of the National Spastics Society, which he founded with three others in 1952. Later renamed Scope, our sister organisation has done much to change attitudes towards people with disabilities, to support those who are affected by CP, and to empower them to overcome its many challenges.

The Foundation is named after Dr William John Little (1810 – 1894), the English physician who first identified the condition that later became known as cerebral palsy.

The Journal of Neurology described William Little as “one of the first to work in the field between neurology and orthopaedics (whose) important work continues to have influence on both these fields”. Little worked as a surgeon at the London Hospital and in 1861 published a paper titled ‘On the Influence of Abnormal Parturition, Difficult Labours, Premature Birth and Asphyxia Neonatorum, on the Mental and Physical Condition of The Child, Especially in Relation to Deformities’, based on his observations of some 200 patients with bone, joint and muscle deformities and disorders of the neurological system. This was the first medical description of cerebral palsy, although it was not the phrase he used himself. You can read more of the Journal’s biography here.

Our Vision and Mission

Our vision is that no child is born to be affected by Cerebral Palsy or any other neurodevelopmental disorder acquired in the womb.

Our mission is to initiate and enable the highest-quality, pioneering research that will:

We will do this by: 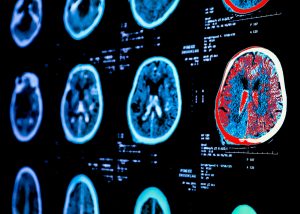 The Foundation has broad objectives seeking to fund research into not only the causes of cerebral palsy but also allied disorders which include autism, dyslexia, epilepsy, deafness and blindness, learning difficulties, and other forms of neurodevelopmental disorder. However, our current focus is on research into the causes and thus prevention of CP, and working with other organisations to coordinate action in all matters relating to the prevention and alleviation of CP.

Research initiated and supported by the Foundation over the past 28 years included the seminal European Cerebral Palsy that showed the majority of cases of CP were caused by injuries occurring in the baby’s brain in early pregnancy and were not as a result of birth mishap. These, along with over 20 international seminars/workshops on related topics including Asphyxia, Infections, the Thyroid, Mid-trimester Monitoring, Specific Learning Disorders, Nutrition, the Placenta, Aids, HIV, Viruses and Brain Damage, MRI, Non-accidental Head Injury, Drugs in Pregnancy, Neuroprotection of the Infant Brain, Epidemiology and Folic Acid, have yielded substantial insight for the world’s CP research community, influencing and informing the direction of much subsequent research elsewhere in the world.

We use cookies to ensure that we give you the best experience on our website. If you continue to use this site we will assume that you are happy with it.I agree